Blockchain and Hashgraph, what to expect from these security techniques for distributed feeds in the cloud in the supply chain? We believe that these tools, which are still limited to the monitoring of Linear Supply Chains transactions, will evolve to guarantee complex Supply Chains over time. 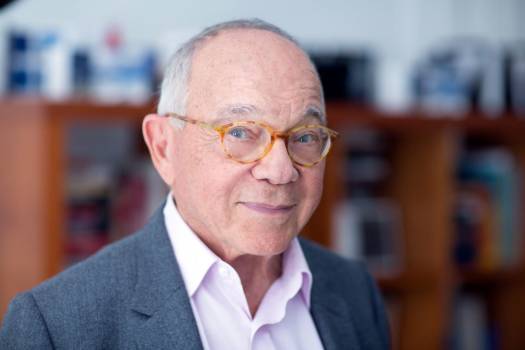 The interest of Blockchains is to follow the steps of some Supply Chains linear between the distant supplier and the consumer, in which one transforms a raw material (milk, meat, vegetables) or for which the product moves without changing physically (distribution) . But in our opinion, for complex Supply Chains – or Supply Networks – (finished product developed from multiple components whose origin we would like to trace), these tools are, for the moment, not very adapted.

Unfalsifiable transactions thanks to minors …

But first, what is it? Blockchains are large account books distributed throughout the network and strictly identical at a given moment (Distributed Ledgers). These are tools that guarantee a record of “non-simultaneous”, “in order”, “unfalsifiable” transactions. Let’s take an example …
Albert transfers 100 currency units from his account to Caroline’s at 11:00 am on September 25th. First you have to check that this transaction is possible, that Albert has 100 units on his account and that this transaction happened before another one prevented him (for example, that he transferred these 100 units to another). This information is sent on the Internet to all those who are registered on the network (the platform). In particular, this information comes from network workers (miners). They will be paid to confirm the transaction. Like the others, they receive the transaction request and have all the previous transactions chained to each other, in the order they were received and validated (the blockchain). They will check that Albert, who provided his code (hash code) of the previous transaction, has the money on his account. They will credit Caroline by debiting Albert (the transaction). Before that, they will have to solve a small problem on their computer. This last operation is necessary so that they do not send all the information at the same time. The fastest wins, constitutes a block with some verified transactions, codes, and will hang the block to the historical chain when it has been verified by other minors. The blockchain is thus updated and transmitted to the network. Each block contains the code of the previous block and provides a code for the next block. This information will prevent falsification of the transaction a posteriori and will allow to visualize the history of the information recorded.

… and the distributed register

The rise in the history of the transaction is the interest of the blockchain for the Supply Chain The user can trace the chain to the origin of the flow. Provided there is only one origin for this flow. If the analyzed product was made from components from more than one source, the system would not work. We can not, to our knowledge, go back several tracks at a time with this system.
There are several versions of blockchains. The important thing is that this big account book is distributed all over the world with blocks that have a serial number. Which makes it unfalsifiable in practice. Theoretically, at least 2/3 of the miners must have approved the transaction. This percentage comes from a mathematical theorem obtained in the resolution of the very interesting problem called Byzantine generals. No general trusts any other general in this problem, but statistically it is almost impossible for 1/3 of the felon generals to agree before the attack to make it fail. For the blockchain, that would mean that at least 1/3 of the miners agree between themselves to divert Albert’s 100 units and reorient them fraudulently.

A safe but slow system

We have just described the mode of operation of bitcoin, the first blockchain “public” active. She has some disadvantages. It is slow (3 transactions per second) as we move towards the needs of thousands, even millions of transactions per second. If you buy bitcoins from a seller in an Internet market place, these bitcoins with your code name are inserted one by one in a block with their origin. Originally originally, we can go back to the source if we wish, which makes it a safe system.
Ethereum is another system, invented by Vitaly Buterin and built on a principle similar to that of bitcoin, with a different validation system, much more efficient in the number of transactions per second, but still very limited. In addition, one can insert in the system unfalsifiable “smart contracts”. These contracts are algorithms that trigger under certain conditions, such as the automatic payment of wages at the end of the month. These salaries will be paid in “ethers”. There are many other systems of this kind but Bitcoin and Ethereum have the largest capitalization of these public systems built on books of account shared between many anonymous actors.

Private blockchains with a reduced number of guarantors

There are also private blockchains with a smaller number of trusted people. Some have been specifically designed for the supply chain. IBM for example has built with other “Hyperledger”. This system is private because unlike public systems, it is guaranteed by a central player: IBM. Microsoft is also building its own. Hungarians and Vietnamese invented the blockchain and the Te-Food network which guarantees the origin and the follow-up of eggs, chickens and pigs. This network has entry points into many developing countries that want to ensure the origin of finished products by tracing their raw materials. For example, to know the history of the fresh product that you have been given, you scan its QR code and display the various information recorded on this product before it reaches you. Once this information is recorded, it becomes inviolable because encrypted and consensually verified. Any attempt at modification at one place or another will be reflected along the chain, signaling the attempted intrusion to all actors.
The beginning of private blockchains to guarantee channels
Obviously, we must also guarantee that the information entered into the system is correct. For example, for the fresh product in question, you want to be sure of the date on which it was processed. This date appears in the system with the name of the trusted organizations that certify that the transaction occurred on that date. These certifications can also be made by machines that must have been certified in their turn. Complicated.

It is therefore inviolable tools and process of validation of information. In fact, companies are developing private Supply-Blockchains to guarantee specific sectors: Te-Food, Bext360 for coffee or IBM’s Hyperledger Sawtooth for fish, for example. For example, Bext360 has developed machines to view and analyze coffee online at a rate of 50 kg per minute and then certify it on the blockchain. Obviously it remains to certify the machine.
All these blockchains and related processes reduce the cost of intermediaries. They also guarantee safety and quality. They are still in their infancy, in their first experiments. A user association, of which IBM is one, has formed a blockchain for the most successful Supply Chain. IBM tested it with Walmart under the name of Hyperledger through two Proof Of Concept (POC): an application to guarantee the origin of mangoes, the other to trace the path of pork to the shelf in Chinese stores. Walmart.

Hashgraph thousands of times faster and safer than Blockchain

But already emerges another more successful technology, the Hashgraph, developed by Leemon Baird. Transactions are validated in fractions of seconds and the system can support millions of transactions per second. It operates in a “Byzantine asymmetric” mode which guarantees the security of the network, unlike the Blockchain, which operates in “symmetrical Byzantine” mode and for which a risk of malice remains. This new technology propagates the transactions in the same exponential mode as the rumor, each computer of the network receiving then propagating the information at random to other computers, which receiving it pass it the same way. This avoids malevolence. Once the transaction is disseminated in the network, each receives the story of its propagation, which allows to date the transactions and to verify in which order they take place. There is no need for blocks that hang on to each other. But the system can follow a chain of transactions. It is also possible to program algorithms to trigger transactions and attach files to transactions. He realizes at least what the Blockchain does, but thousands of times faster and with more security. This technology is also promising for Supply Networks, since it should, with a little trick, be able to identify the origin of all the components of a product.
Blockchains, hashgraphs, we are in the early stages of these promising techniques distributed on the cloud to secure our flows.

WAREHOUSE PERFORMANCE: DO YOU HAVE THE RIGHT INDICATORS?